Given the limited tools available in the SDK2, I had to get creative with the feature implementations.

The base of the ride running on a single client had no issues since it was an animation with the live rigidbodies of the cars being moved to the appropriate positions, but synchronization was massive challenge.

My first solution for attempting to synchronize the event of the operator giving speed to the passengers was to split the headrest of the car into two interact triggers that would send synced action that adds angular velocity to the car for every client: 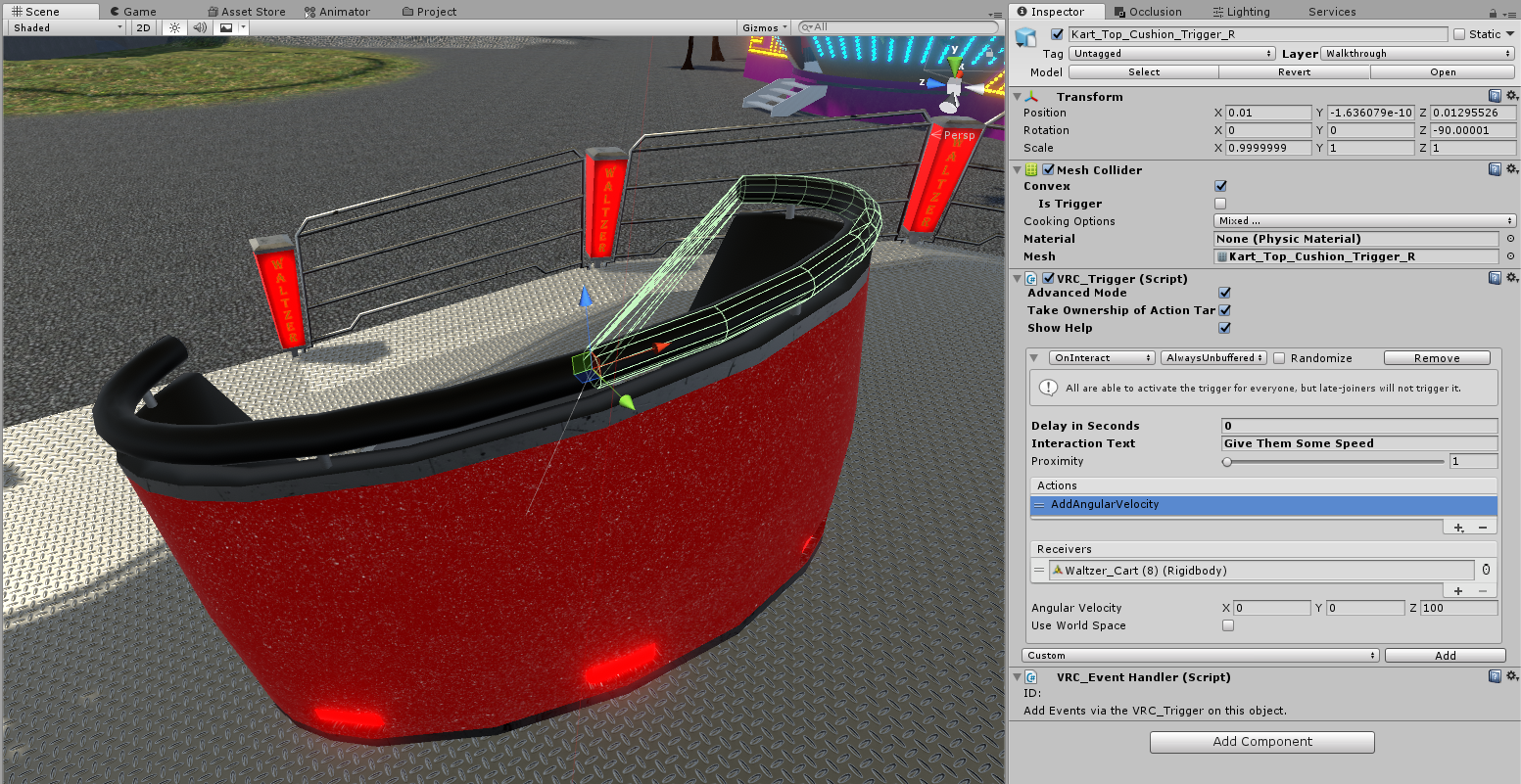 Previous
My first Waltzer prototype was the second wor...

Export
Back to top